In this tutorial, you will learn how to create a WordCloud of your own in Python and customise it as you see fit. Specifically, we will focus on how to generate a WorldCloud from a column in Pandas dataframe. This type of visualisation will be quite handy for exploring text data and making your presentation more lively.

What is a WordCloud?

A WorldCloud /Word Cloud (also known as a tag cloud or word art) is a simple visualisation of data, in which words are shown in varying sizes depending on how often they appear in your text/data.

There are many free word cloud generators online that can help you perform text analysis, and spot trends and patterns at a glance. Python is not the only tool capable of creating such visuals. So if you need to make a word cloud visualisation quickly and you are not working with your data in Python, then this tutorial is not for you.

In this tutorial, we will use a rose data scraped from Helpmefind.com, but you can use any other data set to learn:

In order to create a WorldCloud viz in Python you will need to install below packages:

The pillow library is a package that enables image reading. You can find a tutorial for pillow here. Pillow is a wrapper for PIL - Python Imaging Library. You will need this library to read in an image as the mask for the WordCloud.

The wordcloud library is the one responsible for creating WorldClouds. It can be a little tricky to install. If you only need it for plotting a basic WordCloud, then running one of the commands below would be sufficient.

However, if you are after the library with the ability to mask the cloud into any shape of your choice, you will need the latest version that requires a different method of installation.

Magic command %matplotlib inline will make your plot outputs appear and be stored within the notebook.

Next step is to import your csv file with data and create Pandas dataframe from it.

Below you can see info about my dataset:

In this article, I will demonstrate how easy it is to make your own worldcloud visuals from a column in Pandas datafreame. As an example, I will use a column named BLOOM from my dataframe named df1. Below you can see the first ten rows from the dataframe.

Create a simple WordCloud visual from a column in Pandas dataframe

In this step, we create two important strings for our WorldCloud generation.

The WordCloud method expects a text file / a string on which it will count the word instances. But we want to use it on Pandas dataframe, so we will need to transform our input for it to work with the WordCloud.generate() method.

The ‘text’ is the string that will be used to store all the words from your column in a single line of text.

This you can do in the following way:

Firstly, you will need to create a text list of all words in column bloom.

Secondly, you will need to print how many words are in the text list that you just created from the Pandas column.

print ("There are {} words in the combination of all cells in column YOUR_COLUMN_NAME.".format(len(text)))

Next step is to create a list of stop words.

The ‘stopwords’ list is used to store all the words that are very commonly used in the English language such as ‘the’, ‘a’, ‘an’, ‘in’. Plus you can add any other words that you don't want to go in your world cloud. These words will be later filtered while generating the word cloud.

If you need to add any custom word exclusions use below:

In the above example, I am excluding words: bloom, rose, petals, average, diameter, flushes, throughout, blooms, and form. You will need to replace those with your custom word exclusions.

Now we are finally ready to generate a WorldCloud image. It is time to run

It accepts the following Parameters:

If you want to generate a world cloud with stopwords excluded, with a white background, a width of 800, and a height of 400 then run below.

Please remember that you can specify your look of the word cloud using parameters.

Now that you generated a world cloud, it is time to display it in your notebook using matplotlib.

You may wonder why we use the argument interpolation="bilinear" in the plt.imshow(). This is to make the displayed image appear more smoothly.

Let's combine all lines of code that we need to run in order to make  a WordCloud vis for column BLOOM.

Above code will produce the following message and a Worldcloud based on words in column BLOOM inside Dataframe df1.

Mask your wordcloud into any shape of your choice

Seriously, you can use any shape you want with the WorldCloud method in Python.

To create a shape for your WordCloud, first, you need to find a JPG file to become the mask. Below is a simple rose shape that I found on the internet:

Not all mask images are the same so expect different outcomes. Some may not work with the WordCloud function. To make sure that your mask works, let's take a look at it in the NumPy array form:

The way the masking functions works is that it requires all-white part of the mask should be 255. If you use a JPG file then you should get 255 in your array, while PNG file will populate your array with 0 (integer type). This value represents the "intensity" of the pixel. Values of 255 are pure white, whereas values of 1 are black. Please note that WorldCloud will not work with the PNG image straight away and you will need to transform it in order for it to work correctly.

Rose_mask array is populated with the 255, so everything is ready for the next stage.

Lets' make a wordcloud with the selected shape. Notice in the WordCloud function, there is a mask argument that takes in the mask that you created from the JPG image above. The contour_width and contour_color are arguments that allow you to adjust the outline characteristics of the cloud.

Hurray! You created a wordcloud in the shape of a rose!

Pandas is a great Python library for data analytics as it makes it relatively simple, but in some cases very simple data modifications that are super simple to make in Excel can be 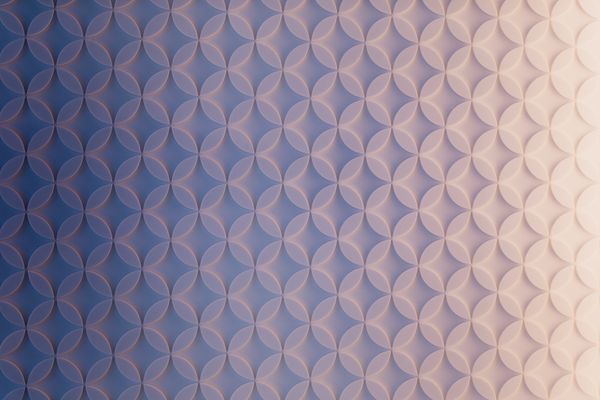 If you need a refresher on how Regular Expressions work, check out my RegEx guide first! This tutorial will walk you through pattern extraction from one Pandas column to another using detailed RegEx